Part 3 of our series on making oaten hay.


Aerial photography courtesy of Vince Bucello, taken from his drone. 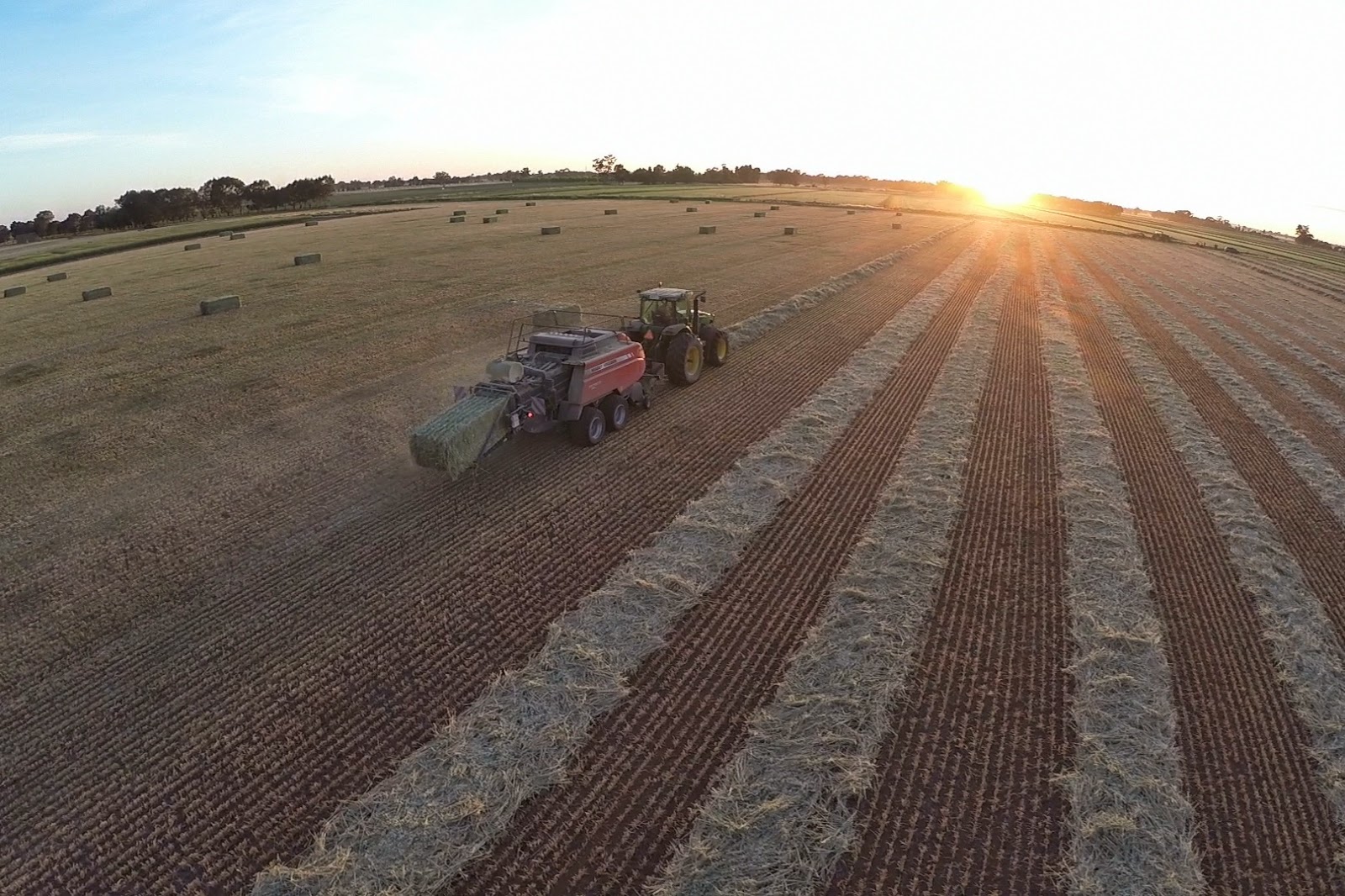 Baling as the sun comes up.
Baling takes place the day after the field is raked, providing all the hay is completely dried down. Like raking it needs to be done with dew or moisture in the hay, but unlike raking too much dew and the baling has to stop. There is only a small window of time that is right for baling each night. Generally this is somewhere between 2am and 5am as the dew is coming in, and again as the dew is going out from 6am till 9am.
We bale our hay into big square bales that are 8’x4’x3’
(they are actually not “square” at all, rather rectangle, but called big squares).
Each bale weighs approx. 600kgs.
Posted by CountryMum at 21:02

Email ThisBlogThis!Share to TwitterShare to FacebookShare to Pinterest
Labels: From Above