The final part of making oaten hay.
The all-important stacking and covering. 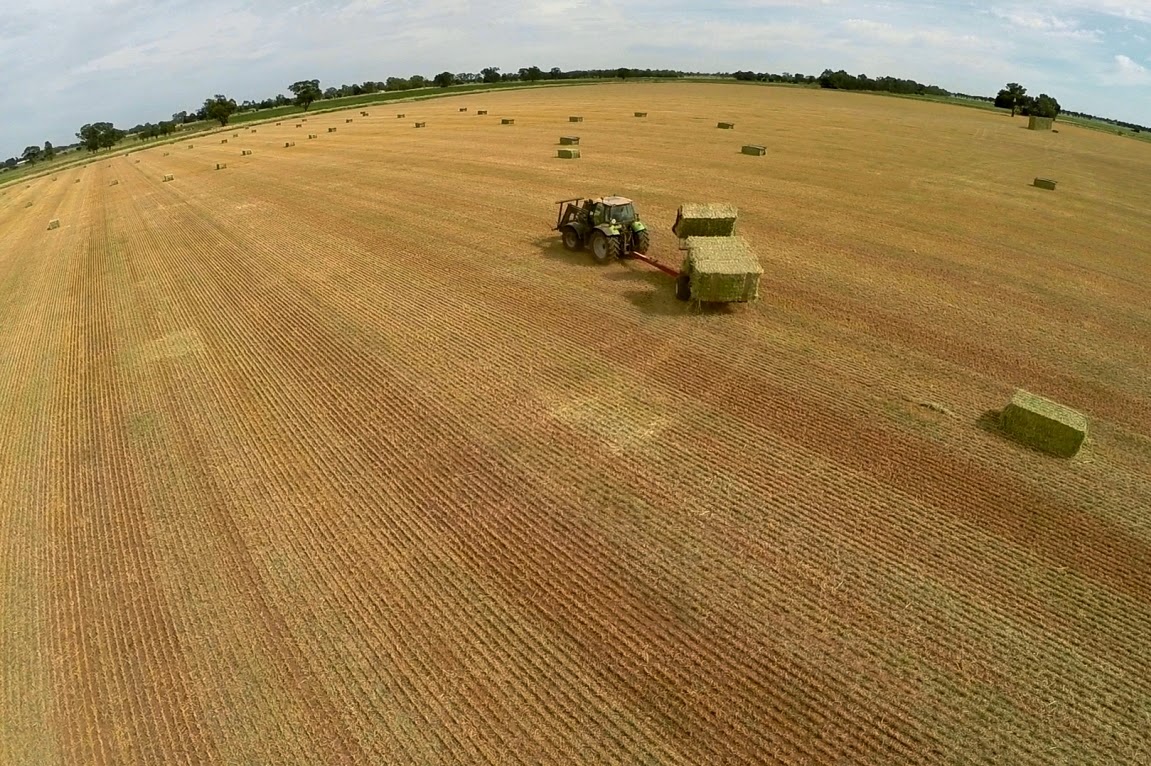 
We pick up the bales in the field 2 ways: either with a bale stacker; or front-end loader with trailers. The bale stacker in the photo above has just picked up the 4th bale. It will get another 2 bales before heading back to the stack, reversing in, and offloading against the end of the stack. You can see this here: Farm-ily Oct 20.


The second method we use is front end loaders with trailers, carting back 30-40 bales at a time to the stack.
Our oaten hay is paddock stacked. We reserve our haysheds for the lucerne (alfalfa) hay. All our stacks are covered with Hay Caps the day the hay is stacked. Our hay can sit in these stacks for 6 to 12 months so covering it is essential. If left uncovered the rain will go into the top of the bale causing it to go mouldy, lose nutritional value and decrease its value. 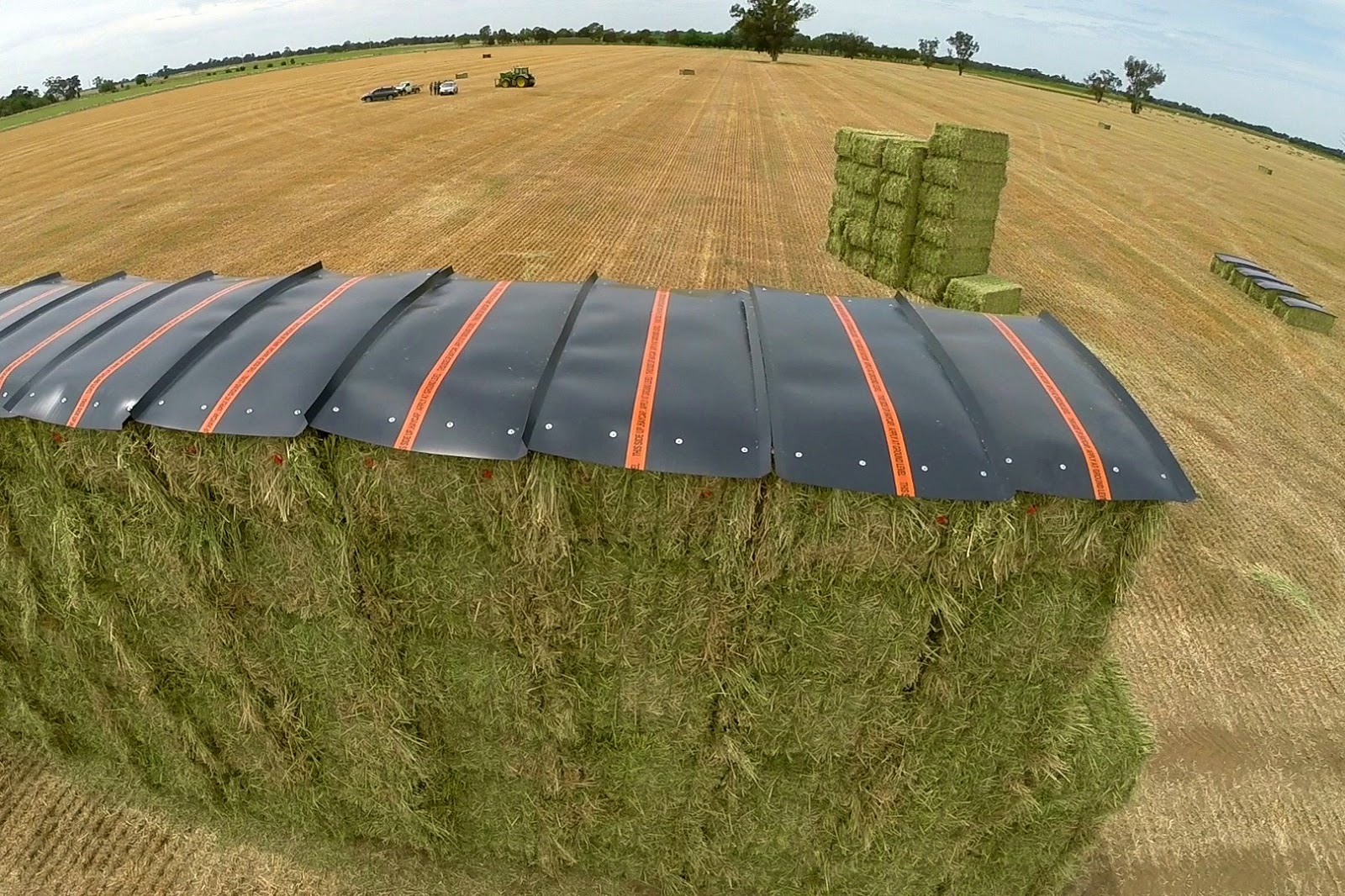 Building the stack of hay, Hay Caps atop.
To the right of the stack you can see some individual bales with Hay Caps. These bales go to the top of the stack as it is being built by the front end loader. But when the bale stacker comes in with its load, its 6th bale already has the Hay Cap attached.
And that’s how we build our wall of hay Farm-ily Nov 1.
Now it is at this point that I should mention that Hay Caps are our invention that we have been manufacturing since 2007 and sell all over world. Sounds like an advertisement for Hay Caps I know but that was not my intention - it is rather a why and how we do what we do.
A big thankyou again to Vince of Midstate Video Productions for allowing me to share these drone stills over the last few days. At the top of the photo where the cars are is where Vince is with his remote control for the drone. The drone can travel about 500 metres from that base.
We have found it fascinating to view our farm from this perspective,
and hope you have too.

Email ThisBlogThis!Share to TwitterShare to FacebookShare to Pinterest
Labels: From Above