Last weekend we went for a drive west to visit two of our state’s newest National Parks.

Yanga National Park may be located on the main highway between Sydney & Adelaide but it is really quite isolated. 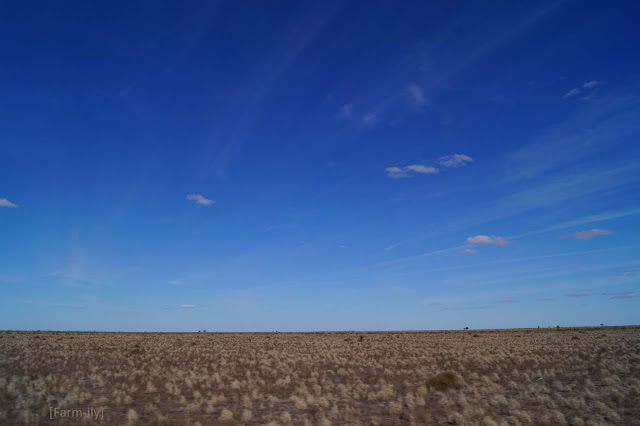 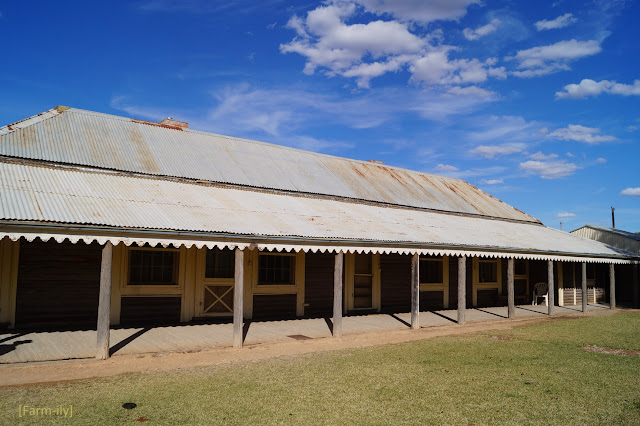 Yanga Station was once a 240,000 acre sheep station, first settled by explorer William Wentworth in 1843. It ran 80,000 mostly Merino sheep for wool production. In 1974 30,000 acres was donated to the local council for use as the Yanga Nature Reserve. In 2005 the NSW government purchased the station for its natural, cultural and historic values with the aim to protect the Lowbidgee Floodplain, an important wetland ecosystem & breeding site for water birds during flooding and also an important habitat for wildlife including the endangered Southern Bell Frog. 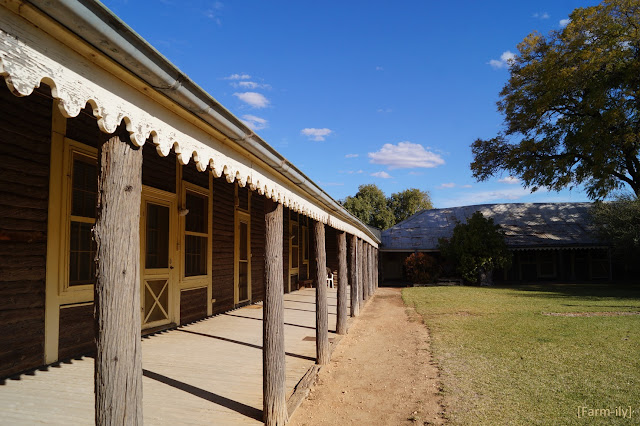 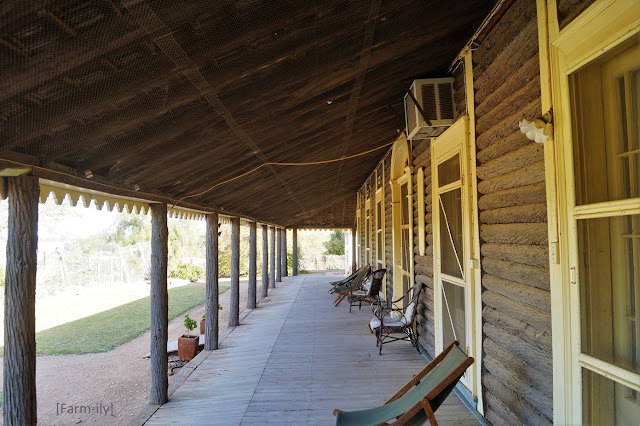 Galvanised roof iron now covers the wooden shingles which can still be seen from below. 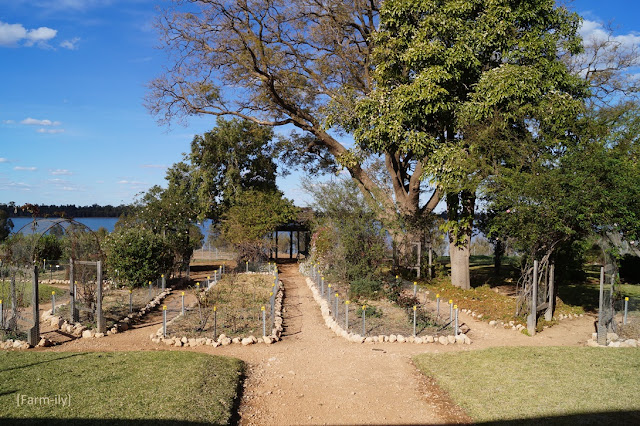 The gardens, which are maintained by volunteers, overlook the Yanga Lake. 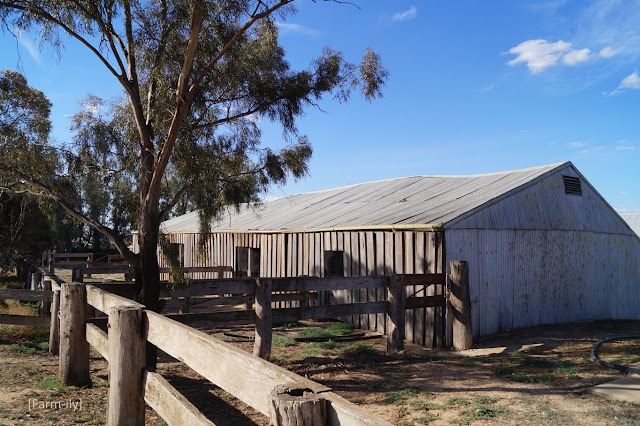 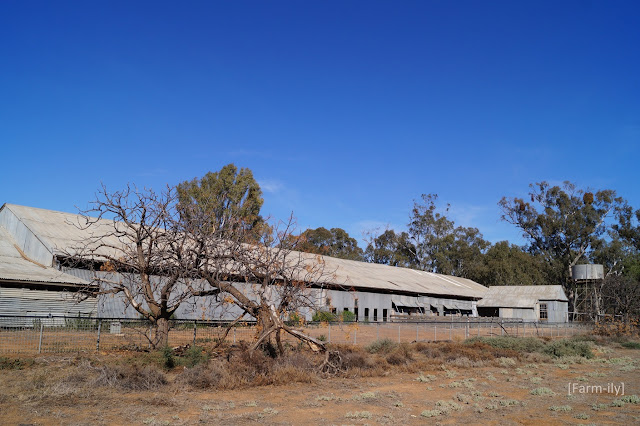 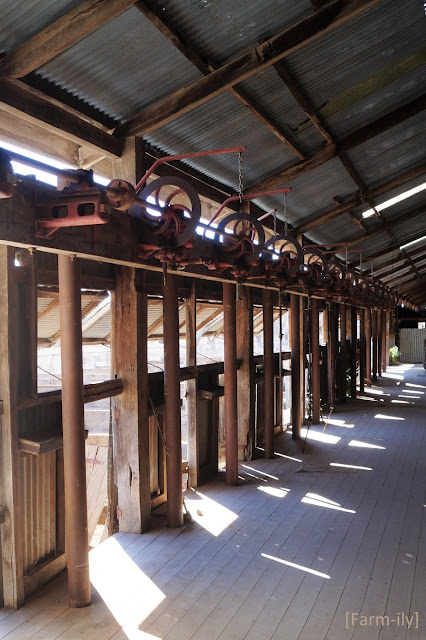 The Yanga woolshed was once the largest and most modern woolshed in the district with 40 stands and could house 3,000 sheep. 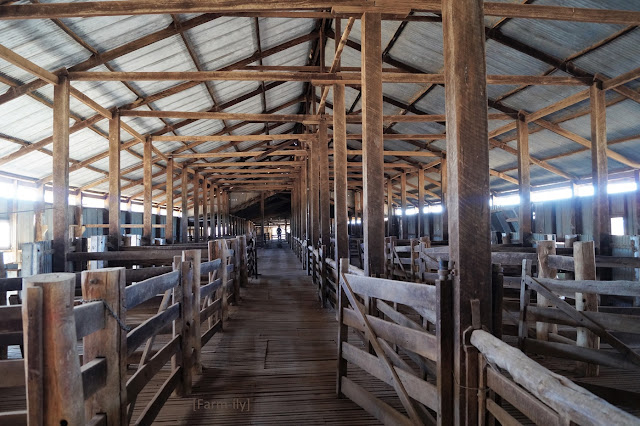 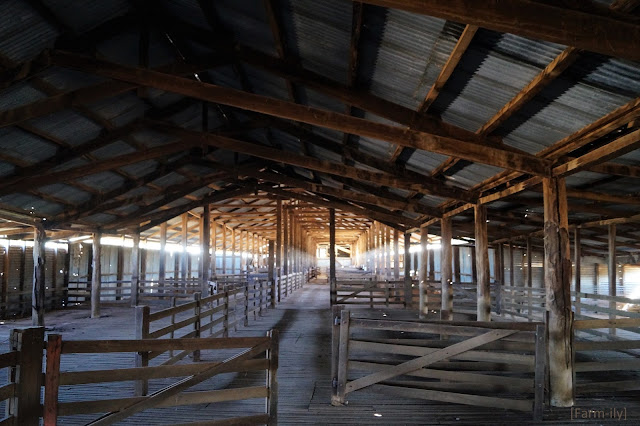 The 100m long woolshed was built in the late 1850’s alongside the Murrumbidgee River and used paddle steamer transport to get the wool to market. 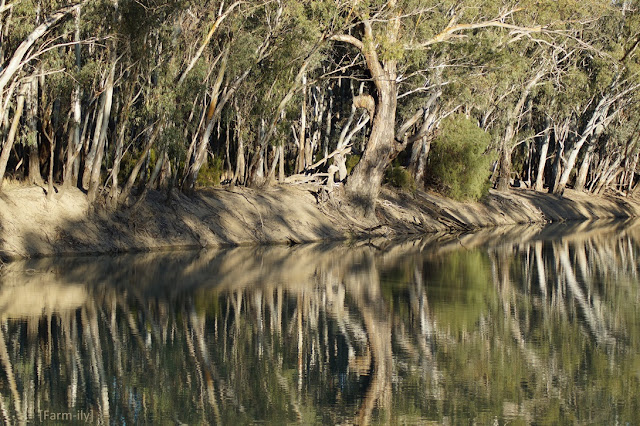 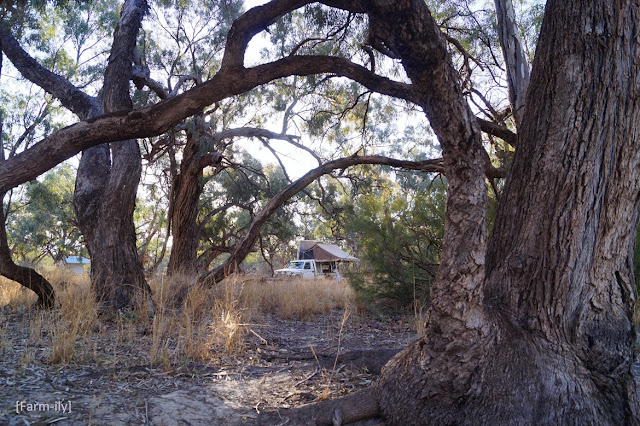 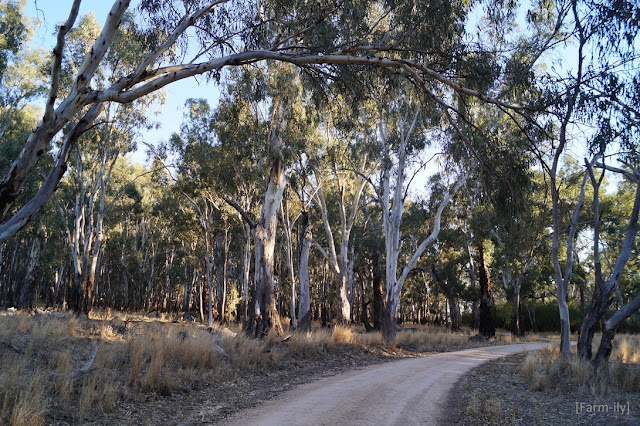 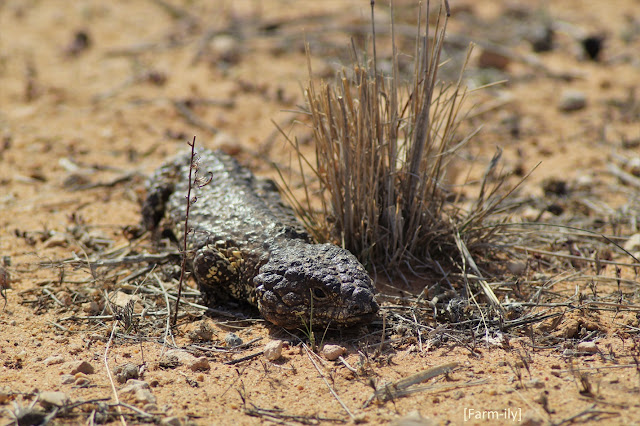 200kms east near Carrathool is Oolambeyan National Park. It was a 55,000 acre sheep farm before it was purchased by the state government in 2001. 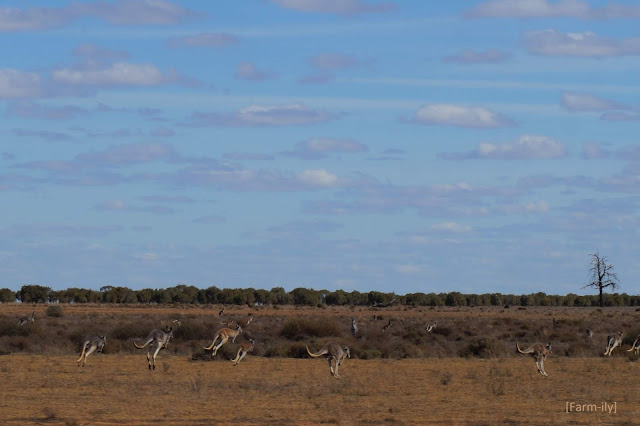 It was deserted when we visited apart from hundreds of kangaroos. 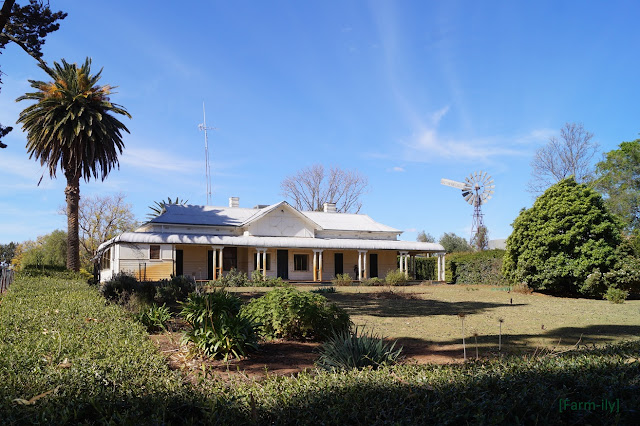 The old windmill shrieks and groans eerily above the empty homestead, the garden is kept well-trimmed by the wildlife, the prized roses long gone. 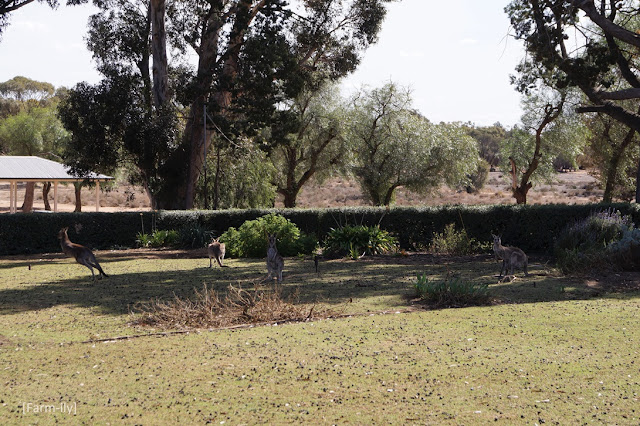 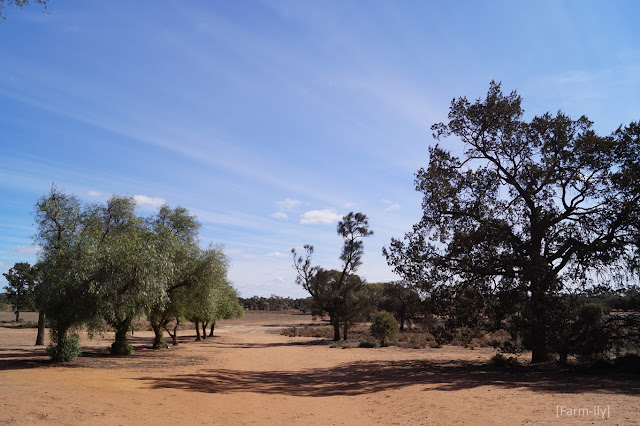 Oolambeyan Station was purchased to protect a significant area of native lowland grassland & the habitat of the endangered Plains-wanderer, a small quail like bird. Ironically the Plains-wanderer requires habitat that has been grazed, so sheep are sometimes agisted onto the national park to ensure the pasture is at the optimum height for the Plains-wanderer. 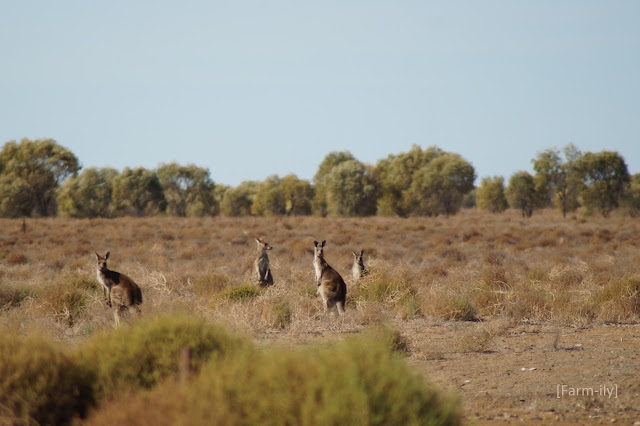 When we were there it was a haven for kangaroos, both red & grey kangaroos and ironically again for a national park - the kangaroos are watered via windmills and troughs.

Email ThisBlogThis!Share to TwitterShare to FacebookShare to Pinterest
Labels: Time Out