I have a treat for you today - something a little different from my usual one photo per day.
I would like to introduce you to our daughter Aimee. She is the brains & creator of The Lego Farmer. The Lego Farmer has received much attention since his creation here on the farm Sept 6, 2014. He is a hit on social media, been featured in newspapers & magazines around the world, had personal meetings with politicians, exhibitions at shows and Lego conventions… even speaking engagements. But ultimately what Aimee and The Lego Farmer are about is sharing her love of agriculture and getting people, young and old, to think about where their food comes from. And yes, that was her being filmed yesterday.
Today, I invite Aimee to share #3LittleThings that we can all do to help “Feed a Hungry Planet”.

So over to Aimee: 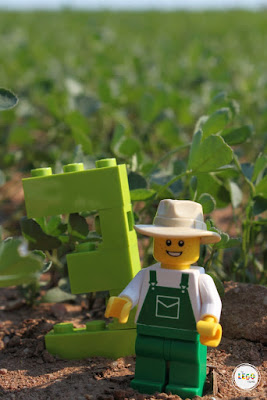 At the end of August I was very fortunate to be an Australian delegate to the Youth Ag-Summit held in Canberra. The theme of the summit was "Feeding a Hungry Planet". We discussed ideas and issues, and together made a declaration to be taken to the United Nations this week.
This is great, and BIG stuff, but in order to feed 9 billion people in 2050, we also need to each do little things. There are a number of things we can each do - and one way is through #3LittleThings.

#3LittleThings started at the 2013 Youth Ag-Summit in Canada, following the Mayor of Calgary encouraging the citizens of his city to each do #3LittleThings for their community.
I want to encourage YOU to do #3LittleThings. Ideas include reducing food waste in the home, starting a vegetable garden, composting, eating local and regional food, enjoying seasonal fruit and vegetables, shopping at Farmer’s Markets, and many more!
You can find out more, through my post here,
and see all things Lego Farmer here or on Facebook.
Finishing with some of my favourite Lego Farmer photos: 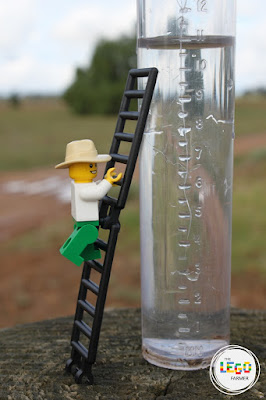 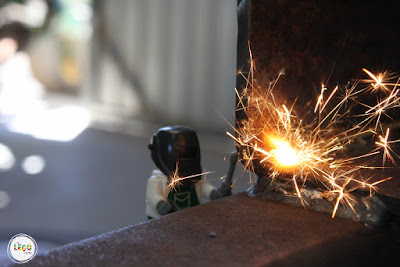 Oxy cutting in the farm workshop. 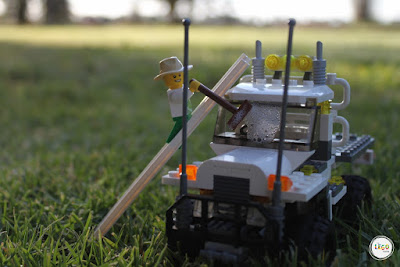 Washing the ute ready for the Deni Ute Muster.
Posted by CountryMum at 15:10

Email ThisBlogThis!Share to TwitterShare to FacebookShare to Pinterest
Labels: Fun on the Farm